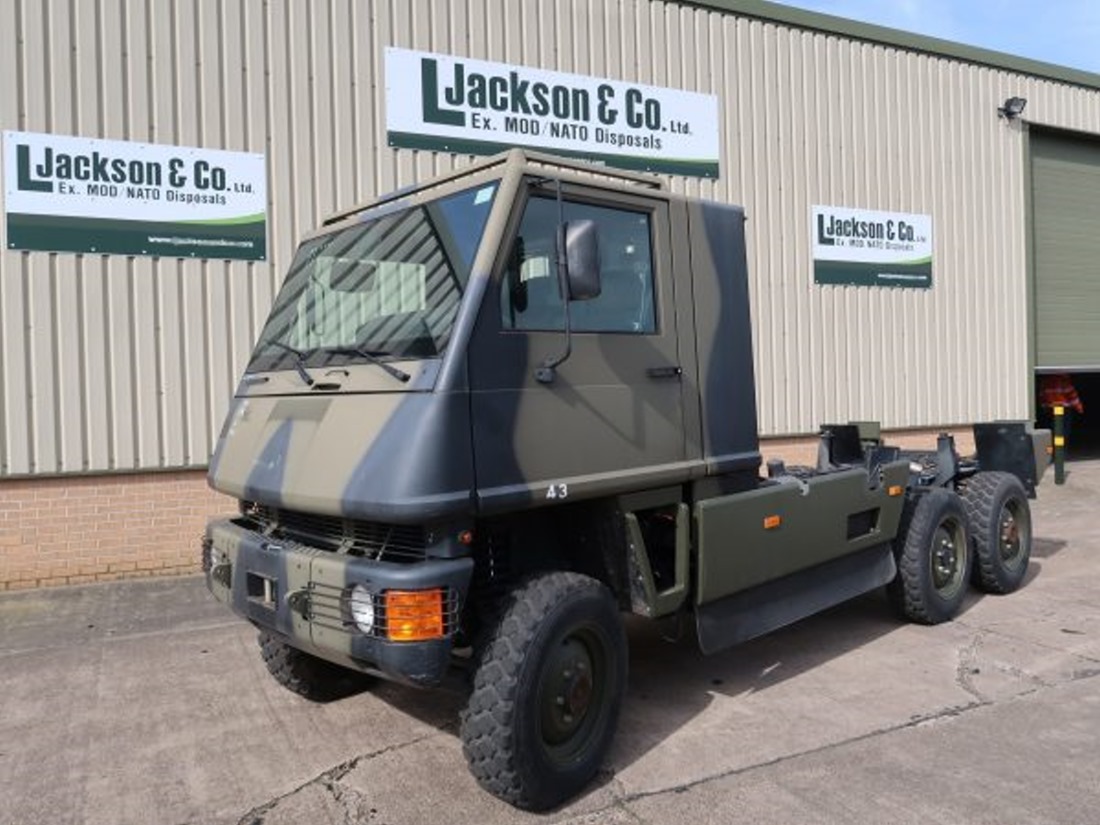 This vehicle is direct from the military in excellent condition with only 2300 kilometres and 170 hours.
It would make a perfect base vehicle to be converted into a overland camper or similar

"The Mowag Duro all-terrain tactical vehicle is produced in 4×4 and 6×6 configurations and is used for a wide range of military purposes."
In 1994, Switzerland placed an initial order of 3,000 vehicles, and the 4×4 and 6×6 Duro vehicles were delivered in 1999 and 2001. In December 2008, the Swiss Army procured 220 Duro IIIP armoured personnel carriers (APC) and 12 additional Duro IIIP NBC laboratory vehicles. The laboratory equipment for the vehicles was supplied and integrated by Rheinmetall Landsysteme. The deliveries were concluded between 2010 and 2012.
In 2001, Venezuela ordered 358 4×4 and 6×6 Duro vehicles. Between 2002 and 2004, Germany ordered 16 Duro IIIP 6×6 vehicles and an additional ten bomb disposal vehicles are on order. In 2003, General Dynamics delivered six Duro II 6×6 vehicles to Ireland. Malaysia has been operating 61 Duro 4×4 and 6×6 vehicles since 2003. 83 Duro II 6×6 vehicles were delivered to the UK in 2004.
In November 2011, General Dynamics European Land Systems received a contract from the Swiss Army to supply 70 Duro APCs (GMTF). The procurement is part of the Swiss Armament Procurement Programme, sanctioned by the Swiss Parliament in 2010. Deliveries will commence in the fall of 2013.

We can arrange shipping from our yard to your door worldwide.
- We deliver to over 150 countries